The land known as the JJ Collett Natural Area was once the property of the Canadian Pacific Railroad.  Long before Jack Collett purchased the area designated as the Natural area from Professor Miller in the 1951, the Collett family was tied to the area by a rich and colorful history.  Jack Collett’s father, Joe, was an officer in the North West Mounted Police.  In 1913 he was posted at Fort McLeod.  Horse theft amongst the various Indian tribes was an annual occurrence.  The Cree would steal horses from the Crow tribe and then the Crow would steal horses from the Cree near Hobbema.

Joe Collett would ride from Fort McLeod to the Morningside area to recover horses stolen by the Cree Indians. Joe had a very good relationship with the Indians and learned much from them.  There existed between them a great mutual trust and understanding.  The Cree, upon seeing him approach would say “Hi Joe, have you come for the horses?”  The rails from the corrals where he penned the horses are still evident in the Natural Area through the shifting sands cover many of them.  Joe Collett retired from the NWMP after thirty-four years of service.  He resided at Pigeon Lake for a few years and then moved to Lacombe where he served as Police Chief for twelve years.  While in Lacombe, Joe and his son Jack would relive his experiences as a Mountie while he and Jack walked the old wagon trail.  Chinese laborers working on the Canadian Pacific Railway used the area as a campsite.  At one point in time there was a sawmill on the property.  Today decaying piles of spruce slabs and sawdust help remind us of the past.

After purchasing the land in 1951, Jack Collett ranched the land until 1974.  He had up to 120 head of cattle on the land and lived on a 5-acre parcel in the southeast corner of the section.  Working full time as a manager for North Western Utilities and ranching proved to be too much, and Jack decided the ranching would have to go.  What to do with the land?  It was then that Jack Collett decided to sell the part of his property, which we know as the JJ Collett Natural Area.  He turned down many lucrative offers from realtors and developers.  Jack communicated with Bill Morgan, Alberta Wildlife Foundation, regarding the development of the area. In 1974 the provincial government and Alberta Wildlife Foundation jointly purchased the land, in trust, to be used for environmental education.  In 1976, the site was designated as the J.J. Collett Natural Area in memory of John Joseph Collett, Jack’s son, who had developed a love for the area and all of its beauty.  As early as age 9, he would camp out for the entire weekend with only his dog or a brave friend.  John Joseph located all of the original trails on the present site and did a flora and fauna study.  John Joseph Collett graduated as a Wildlife Technician in 1976, but tragically died in a forestry accident at the age of nineteen.

A Mr. Callaghan owned a funeral home in Red Deer.  He and Jack Collett were good friends.  One day he asked Jack if he could cut some trees from the JJ Collett area, only 2 or 3.  Jack went out one day to see what the racket was all about on his property.  Callaghan was out there with a 3-ton truck and a crew of men loading seedlings on to the truck.  Mr. Callaghan also owned Alto-rest cemetery in Red Deer and all 300 seedlings were planted at Alto-rest.  Today, John Joseph Collett lies at rest in the Alto-rest cemetery surrounded by the trees he loved as a youth. 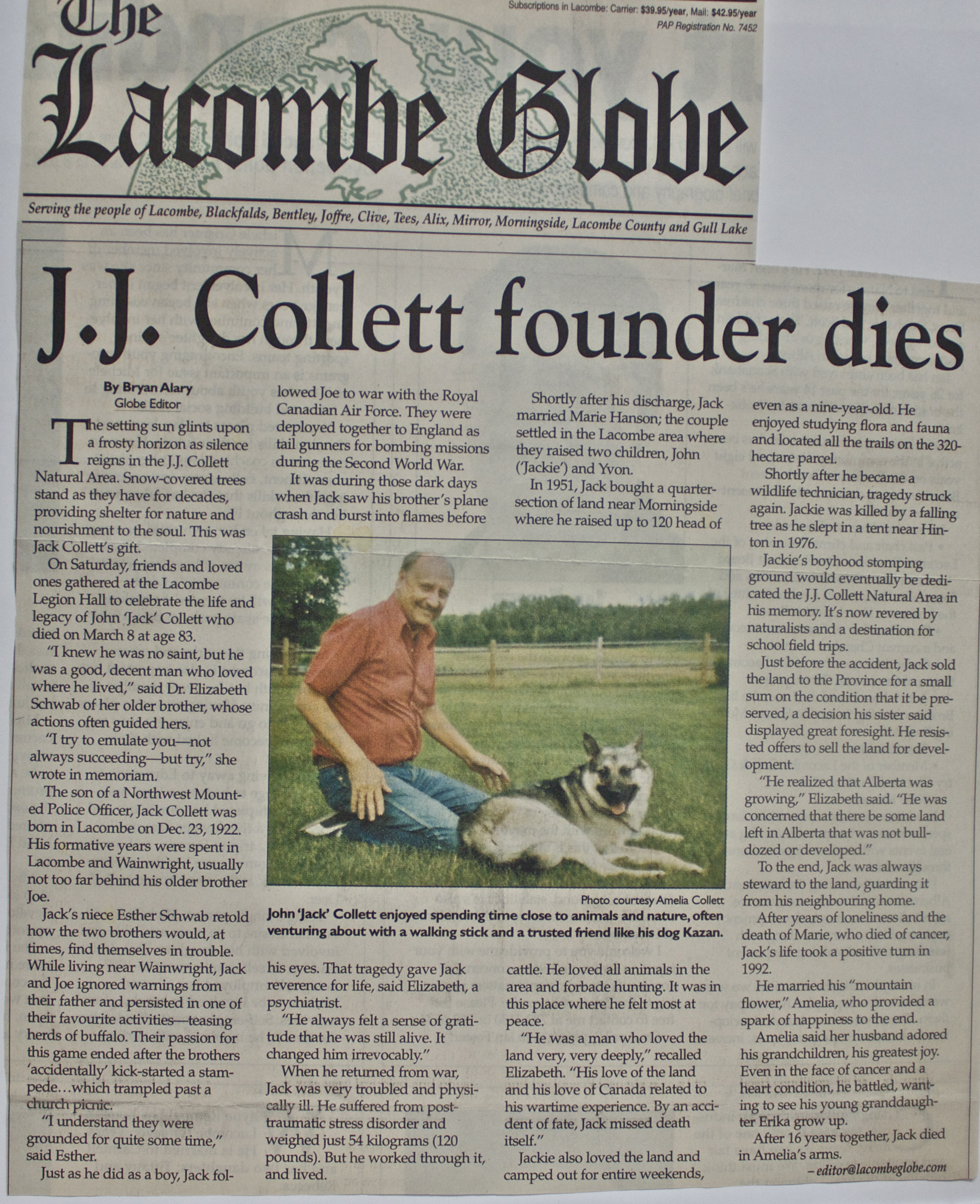 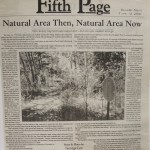